What is Color? Finalists!

A little while ago, we told you about The Flame Challenge, a contest that gets scientists to answer complicated questions in the language of an 11 year old.  A bunch of boys in Grade 6 worked with Mr. Weber as judges for some of the entries; some of the ones we judged were really great, and some were . . . well, not so good.  Yesterday, the finalists for the contest were announced:  there are three written entry finalist and three video entry finalists.  The Grade 6s who worked with Mr. Weber will be able to vote for the ones that they think are the best.  Which ones do you think are the best?

Watch the top 3 video entries below:

Tagged as Center for Communicating Science, finalists, The Flame Challenge, What is color?

While looking for a new challenge question for this week, Mr. Weber came across a really interesting website:

The flame challenge began a couple of years ago when actor (and founding member of Stony Brook University’s Center for Communicating Science) Alan Alda was wondering about a question he had when he was 11 years old:  “What is a flame?”  He had been told by a teacher that it was “oxidation”, but he didn’t really understand what that meant.  At all.  So Alda presented scientists all over the globe with a challenge: explain what a flame is to an 11 year old (i.e. in everyday language.)

Much to everyone’s surprise, this creative competition was a big hit, and over 800 entries were submitted.  After screening for scientific accuracy, the challenge was judged by thousands of real-life 11 year olds.  Click here to check out the winners of the first annual Flame Challenge question “What is a flame?”

The next year, instead of asking the question himself, he crowdsourced the question from — you guessed it — actual 11 year olds.  The question that came out on top was: “What is time?”  Click here to check out the winners of the 2013 Flame Challenge.

This year, students from around the world challenged scientists to explain to them: “What is colour?”


Entries needed to be submitted by March 1, 2014.  Do you think you could provide a winning explanation?

On Wednesday afternoon, a select group of Grade 6 & 7 students traveled to Southridge School, in Surrey, to compete in the British Columbia championships of the Kids Literature Quiz Tournament.  The Kids’ Lit Quiz is annual literature competition for children aged 10 to 13, celebrating keen readers and giving them an opportunity to compete in a team and on the world stage the way that many of their sports oriented friends may experience.  The quiz has heats in New Zealand, the United Kingdom, South Africa, Canada, USA, China, Hong Kong, Singapore and Australia, winning teams qualify for national and world finals.

St. George’s Junior School entered two teams in the competition.  After six rounds, competing amongst ten teams, our boys finished in second and third place.  Pretty amazing, considering we didn’t really even know what to expect prior to going!

Check out some pictures of the event below:

Also if you’re keen to try this out yourself, click on this link to head the KLQ page of practice questions, including questions asked at previous World Finals.  Mr. Weber also up some questions based on some of the popular books in our library at Saints.  How many of the answers do you know?

1.In the Hitchhiker’s Guide to the Galaxy, which number is the answer to life, the universe, and everything?
2. In Amulet Book #1: The Stonekeeper, Emily & Navin enlist the help of a small, mechanical animal named Miskit.  What kind of animal was Miskit?
3. In the His Dark Materials trilogy, by Philip Pullman, what are the three apparati which are also the names of the three books?
4. C.H.E.R.U.B. is an undercover operation of children and teenaged spies.  What does this acronym stand for?
5. Which Tintin book has come under criticism for having a racist tone?
6. In Erin Hunter’s series “Warriors”, the stories revolve around tribes of cats.  In her series “Seekers”, the characters are bears.  What animals are central to her “Survivors” series?
7. Geronimo Stilton is a talking mouse journalist.  In which language were the Geronimo Stilton books originally published?
8. In Raina Telgemeier’s graphic novel Smile, what major natural disaster strikes during the book?
9. What are the Hardy Boys’ first names?
10. Who is the Lord of the Mountains of Rain & Night, who is gathering his forces for an attack on the Kingdom in the first Ranger’s Apprentice novel, The Ruins of Gorlan?

The Grade 5 science classes just finished their unit on simple machines (such as levers, screws, pulleys, ramps) – and they’ve created some amazing contraptions!  If you get a chance to stop by Mr. Devenish’s office or Ms. Wallis’s classroom you might be able to see how some of them work.

A few groups will be using what they’ve learned to compete in a competition that Ms. Wallis is setting up: build a Rube-Goldberg Machine.  What’s that, you ask?  It’s a contraption, invention, device, or apparatus that is deliberately over-engineered or overdone to perform a very simple task in a very complex fashion, usually including a chain reaction.  The expression is named after American cartoonist and inventor Rube Goldberg.

Have a look at the following video to see Kermit the Frog explain how using a little imagination (and some sound scientific principles) can lead to a mesmerizing, entertaining, and funny complex machine made up of lots of simple machines (s0 long as all the parts work . . .)

Ok – so maybe Kermit’s device wasn’t super successful.  But you get the idea.  If you’d like to watch some truly amazing Rube-Goldberg machines in action, click here to visit the website Cool Material, or on the picture below.  Sooooooooooooooooo cool! 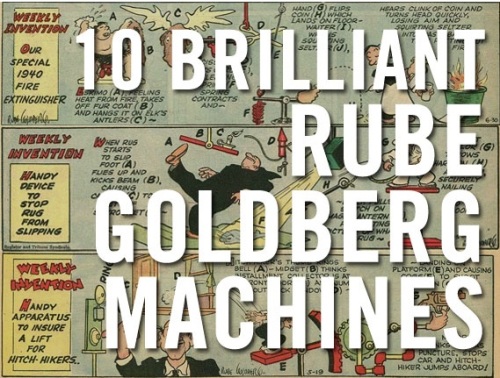 Also, click here check out the MIT Museum’s website, where you can watch videos of their “Chain Reaction” competitions from the last several years.  Very creative!

Have You Been Stung by the Spelling Bee?

Avi, in Grade 4, came to the library wondering how he might study more effectively for the upcoming spelling bee.  We did some research and came up with some great resources that would logical places to get started.  First of all check out this essay by Dr. Jacques Bailly, a professor of classics at the University of Vermont: How to Study for a Spelling Bee.

Next, have a look at Spell It!, the Scripps National Spelling Bee study site for school spelling champions.   It focuses on about 1150 words, divided into sections by language of origin. Studying language of origin will enable you to learn and remember several important rules, tips, and guidelines for successfully spelling words in English—the most challenging language of all for spellers! 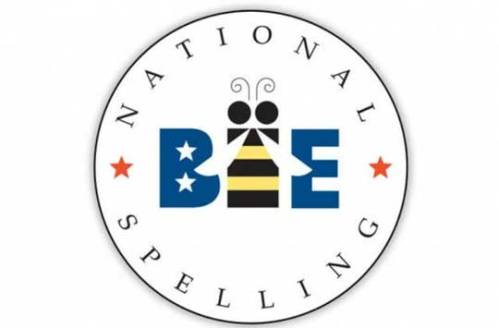 Then expand your spelling skill set by playing the fun word games at Merriam-Webster’s Word Central.  You’ll find games called Alpha-bot, Robo-bee, BIGbot, and Jumble Kids that will all help you practice your spelling and grammar skills.

What does the rat say?

We asked students to imagine what Scout could possibly thinking in the following photo:

A bunch of students came up with captions – vote for your favourite in the poll below:

Tagged as Scout, what does the rat say

Have you ever wondered what it would be like to work for Google, at the Googleplex in California?  Or do you ever see those cool animations on the Google homescreen and wonder how (or why) they created them?  Check out the following fascinating video that talks all about those things and more.

It starts off with a quick virtual tour of the Googleplex, and then goes on to talk about the Doodle 4 Google Contest, where K-12 students are invited to use their artistic talents to think big and redesign the homepage logo for millions to see.  This year, Google asked students to exercise their creative imaginations around the theme, “My Best Day Ever…”  The 2013 winner, Sabrina Brady, got to see her artwork appear on the Google homepage, she received a $30,000 college scholarship, and a $50,000 technology grant for her school!  Check out her doodle below, or click on the picture to see some of the other winners and finalists from years past. 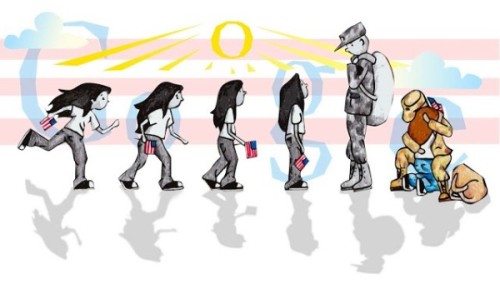